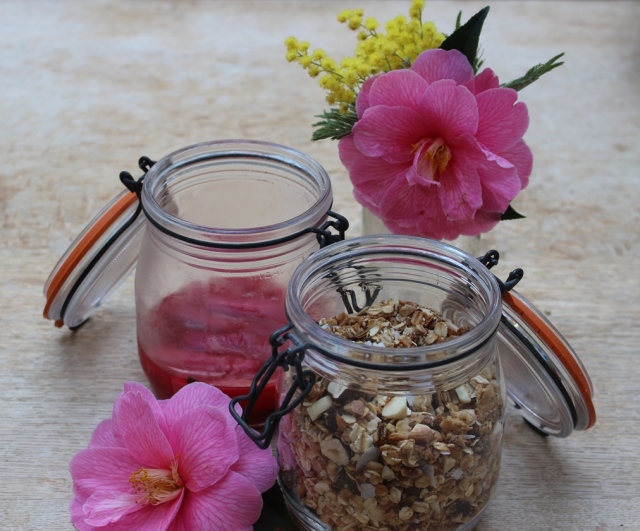 If I’m not in the kitchen at 7.30am rustling up the little peoples breakfast – God forbid. It seems to be the one meal of the day that the pink and blue relish, leisurely taking their time over every morsel, almost in an act of defiance that next on the agenda is mummies ‘quick march’ to school. Unlike lunch and tea, that are inhaled, with the blue one dancing round with ants in his pants, breakfast is quite the opposite, eaten slowly with barely a care in the world, almost at a snails pace. Somewhat ironic given there is always a degree of time pressure and need to ‘hurry up’. Breakfast is sedate but the meal itself extensive. First there’s porridge, then scrambled eggs (but only the ones our hens lay -I mean how fussy can a 5 year old be), mushrooms and then toast and jam. Yogurt and honey feature here and there and a bowl of fruit. None of this however really tickles my fancy first thing in the morning. I juice – the pink one drinks it and then I juice again – and I drink it. We’re not that adventurous it’s usually carrot, apple and cucumber or something of that ilk. And then it’s a cup of Chai spiced tea made with almond milk. All of that is true until last week when I fatefully made a batch of nutty, coconut granola. Now I’m addicted, often caught halfway through the day with my hand in the kilner jar fishing out said granola, this is going to be the death of my waist! 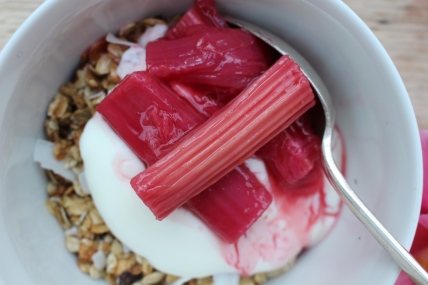 I have been making granola for years and there’s no rocket science behind it. I doubt it’s any cheaper than buying it in the supermarket but at least you can tailor make it to your own requirements with a clear conscience of what goes in. Historically I have always made a classic maple sryup toasted oat base and added in dried cranberries and blueberries, nuts and seeds. Last week, after an epic trip to Tooting to introduce myself to spice land and where to buy weird and wonderful Asian produce I was inspired by the coconut oil and decided to make a more tropical version. Nothing new and particularly clever about this apart from it just tastes mighty good. With lashings of almond milk and a side of pink rhubarb I can’t think of a nicer way to start my morning. 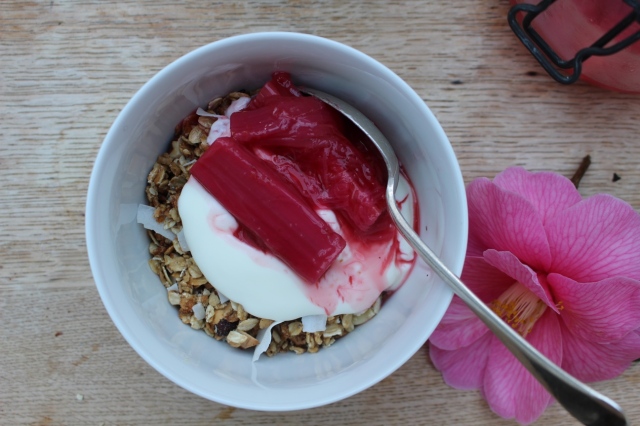 1. Mix the coconut oil, syrup and oats together and place on a lined baking tray in the oven for 20 minutes at 170. Stir after 5 minutes to make sure the coconut oil has melted and is well mixed in. After 20 minutes the oats should be turning golden, remove and let cool.

2. Toast the nuts at the same time but in a separate oven tray for 10 minutes and then roughly chop.

3. Toast the coconut flakes – they turn fast, so keep an eye on them.

4. Once the granola has been toasted, mix in the nuts, seeds and coconut and store in an airtight container.

Joanna Preston is mother of the 'little people', 1 pink and 1 blue, and wife to saintly Mr.Patience! After a decade dedicated to cooking for others (Alps, Africa and founding 'Sugar & Spice') my attention is now solely in the home kitchen. We are a food obsessed family that adore growing, sourcing and cooking delectable feasts for friends and family!
View all posts by lardersaga →
This entry was posted in One for the larder and tagged Breakfast granola, Coconut-nutty granola, Pink rhubarb. Bookmark the permalink.