Posted on September 6, 2013 by lardersaga

‘Pantelleria’, is a small volcanic island west of Sicily, about 30 miles east of Tunisia, and it is where I am now (actually not any longer but due to a lost bag and laptop there has been a slight delay in publication). Wild and forgotten this is a place one arrives at and allegedly cries, yet when it comes to leaving, one also cries. It has a knack of getting under your skin and being our third visit one can assume we are totally smitten. Honestly, I had never heard of it before 2004, but thankfully since then it has been officially on my radar. Beautiful in its timeless and hostile landscape one cannot escape from the effortless island pace of life, luxuriously slow and gentle. Lost in an age where technology seemingly rules our world this little island is a long way from the fast pace of London, my rather under utilised iPhone got dropped on day 1 and has not been located since, and frankly I don’t really care, frankly it is rather liberating! 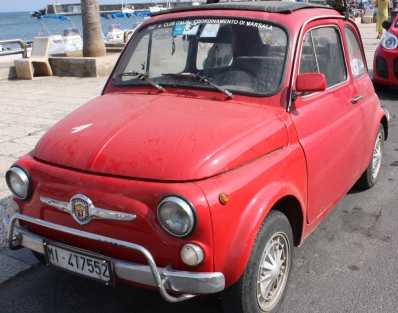 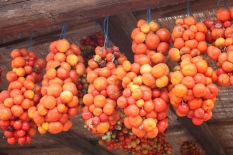 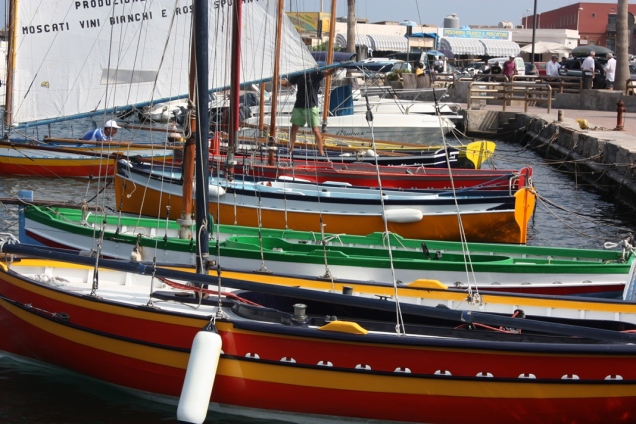 The island is famously known as the home for ‘caperi’, the one product that is exported in vast quantities to the rest of Italy and indeed the world. Yes, there are some vines and some rather good wine, in particular the local ‘Passito’, but capers are the real currency and boy do they feature in the cooking. These small little gems have inhabited our larder for some time and I have to admit I am a committed fan, they are such a useful little number to have at hand and being in their home territory we are seeing rather a lot of them.

Take yesterday for example, ‘Francesco’ (otherwise known as ‘Jack Sparrow’ but more on that another day) our new local boating friend  took us out in his boat to shim around the clearer waters of the coastline inaccessible by foot. Having anchored up in turquoise waters all on board dived in with the exception of him and ‘Valeria’ the all important boat girl. While we splashed around searching for sea urchins, starfish and creatures of the deep the boat team put together an authentic ‘Pantescan’ lunch. Which given the cooking facilities was pretty astonishing, one tiny gas primer stove to feed 8 hungry mouths!  Spaghetti with fresh tomatoes, garlic, almonds and capers miraculously appeared, sportingly laid out on a flashy bright blue clothed, magically erected table. It was sublime, especially so with the rather novel ‘nut addition’, adding texture and flavour to this very simple tomato pasta dish.

The ‘nuts’ jolted my rather stunted holiday brain and I suddenly remembered how many of the islands off Italy, particularly Sicily and Sardinia use nuts liberally in sauces to accompany pasta, particularly almonds and pistachios, you only have to open Locatelli’s cook book on Sicily and there glinting out of the pages are bright green pistachios, golden almonds and pinenuts a plenty. But it wasn’t just the nuts that made this so good; sun ripened tomatoes, just the right amount of garlic and of course the critical ‘caper’. It was really ‘deleeeshush’, as the ‘pink one’ announced, and certainly one I will try and reincarnate on return to ‘Blighty’ assuming my tomatoes have gone scarlet red and are crying out to be eaten!

My version of: Fresh Tomato Pasta with Toasted Almonds and Crumbs

Several glugs of olive oil, a good grind of black pepper and a liberal pinch of Maldon sea salt

1. Put the water on to boil with a good pinch of salt.

2. Meanwhile quarter the tomatoes and mix in the crushed garlic, capers, chilli and ground pepper, splash liberally with olive oil and give this a really good stir.

3. The almonds we bought in Pantelleria were pre-roasted so as soon as you crush them up they revealed their golden middles. I have never seen this in England so you will need to roast your whole almonds and then crush them with a pestle and mortar or chop with a knife.

4. Cook your pasta till it is al dente and drain. Remember to save some of the cooking water from the pasta. Put the pasta back in the saucepan and add the tomatoes, capers etc. Give everything a really good stir and then add a few tablespoons of pasta water. This will give the pasta a silky texture and will add to the tomato sauce. Season with salt and freshly ground black pepper – be quite generous a good teaspoon or 2 of Maldon sea salt and a healthy amount of black pepper will not go amiss. Serve on to warm plates and top with the crumbs and chopped almonds.

Joanna Preston is mother of the 'little people', 1 pink and 1 blue, and wife to saintly Mr.Patience! After a decade dedicated to cooking for others (Alps, Africa and founding 'Sugar & Spice') my attention is now solely in the home kitchen. We are a food obsessed family that adore growing, sourcing and cooking delectable feasts for friends and family!
View all posts by lardersaga →
This entry was posted in One Pot Wonders, Vivacious vegetables and tagged Almonds and pasta, Pantelleria, Simple pasta. Bookmark the permalink.

1 Response to Notes from Pantelleria